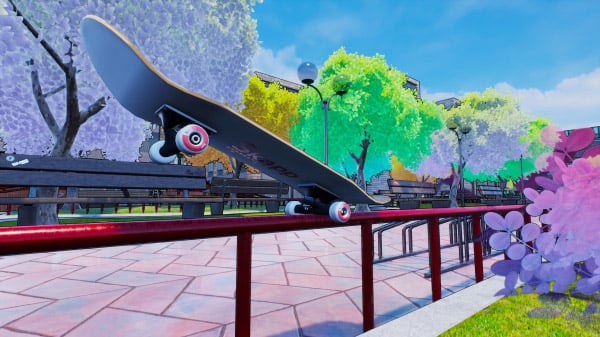 Bound Games will launch a Kickstarter campaign for Skapp, its skateboarding simulator in which you control your board with your smartphone, on October 27. A demo will be available for PC on the same day.

Skapp is part of the PlayStation Talents Games Camp initiative and will be available exclusively on PlayStation 4 for the first year of release, after which it will come to Xbox One, Switch, and PC.

Here is an overview of the game, via Bound Games:

Skapp is the world’s first skateboarding simulator in which you control your board performing the tricks with your phone. Test your skills by combining tricks, manuals and grinds as in a real skateboard.

This title can be played with Android and iOS smartphones as a controller. The game features different levels adapted for all kinds of players, as well as a crazy story mode in which people’s hands rebel against humanity.

Skapp is a homage to skateboarding fans as it contains authentic brands, skateboarding cultural references, and no limits to recreate any kinds of tricks!