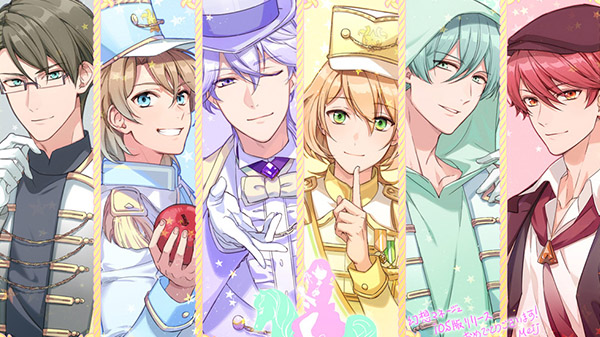 Love & Art has released otome visual novel Rever d’un Manege for iOS via the App Store for 2,940 yen in Japan.

Blanc-Bourg is a city near the border of France. With the arrival of spring, the “Rever Traveling Circus” has come to town.

The protagonist Emma lives in the city of Blanc-Bourg. Guided by the carousel music box that is a keepsake of her late father, she visits the circus. Then, in front of the manege (carousel), she meets the circus ringmaster and learns a certain secret.

“The people who work here… they are trapped in this circus by magic. So I need your help. With your magic.”

While working at the circus, Emma hopes to awaken the magic that lies dormant within her to save the carnies.

The memory and magical power Emma lost around age 10; the secret of the Rever Traveling Circus; and the mystery behind the Hamelin incident…

To what truth will the manege that has begun to go round lead—?