Xbox Series version cannot be confirmed at this time. 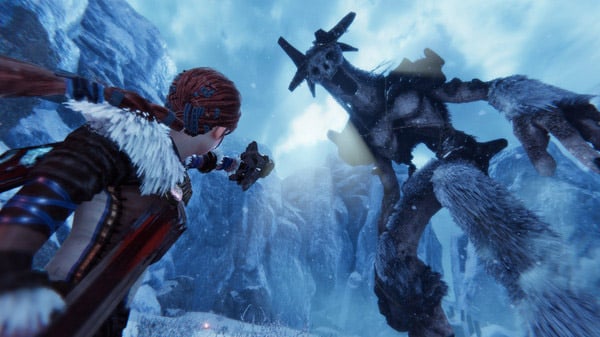 Praey for the Gods, which first launched in Early Access for PC via Steam in January 2019, will launch for PlayStation 5, PlayStation 4, and Xbox One alongside its version 1.0 release on PC in Q1 2021, developer No Matter Studios announced. Users who purchase the PlayStation 4 version will receive a free upgrade to the PlayStation 5 version.

Praey for the Gods is a boss climbing open world adventure game where you play as a lone hero sent to the edge of a dying frozen world to discover the mystery behind a never-ending winter. Arriving with only the clothes on your back, you must survive the colossal dangers that you encounter. To restore balance and reclaim the land from the brink, you will be faced with questions that not even a God knows the answer to.
Scale Massive Beasts

Overcome impossible odds to climb atop and defeat the massive beasts that are bound to this land.

Watch a new trailer below, which was captured on PlayStation 5.