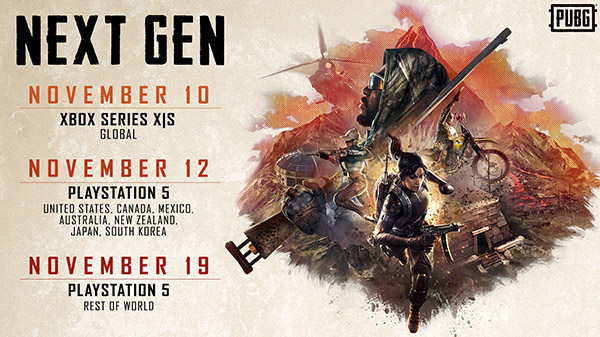 It should be noted that these are not new, native versions of PlayerUnknown’s Battlegrounds for PlayStation 5 and Xbox Series. Instead, the game will run via backward compatibility. That said, the cross-platform multiplayer already supported by the game will carry over.

PlayStation 5 will leverage the PlayStation 4 Pro build. By selecting the “Framerate Priority” option*, the game will run up to 60 frames per second.

The Xbox Series X will leverage the Xbox One X game build. The game will run at 60 frames per second by selecting the “Framerate Priority” option*.

The Xbox Series S will leverage the Xbox One S game build, which runs at 30 frames per second. We are working to provide an option to raise the framerate cap on Xbox One S and Xbox Series S consoles in the future.

*The “Framerate Priority” option releases on live servers for Xbox One X and PlayStation 4 Pro with the October 9.1 Update.

After rigorous testing, we’re pleased to say that the game performance is extremely smooth and stable, with faster loading and little to no frame drops thanks to the power of next-gen.

PlayerUnknown’s Battlegrounds is available now for PlayStation 4, Xbox One, PC, and Stadia.