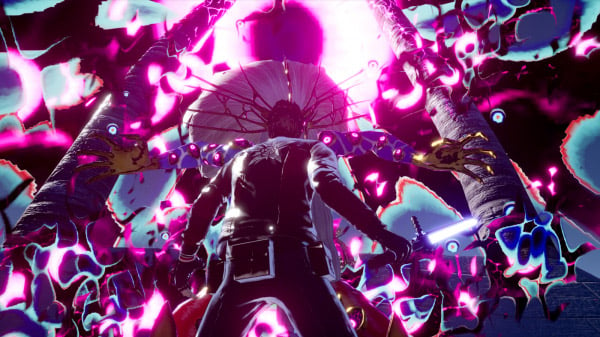 Grasshopper Manufacture has released a new gameplay trailer and set of screenshots for No More Heroes III.

Here is a brief overview of the game, via Nintendo:

Experience the latest exploits of legendary assassin Travis Touchdown in No More Heroes III. In this game, players are put in the middle of the action, as the fight between assassins becomes a battle on a galactic scale. Destroy aliens in this garden of madness when No More Heroes III launches exclusively for Nintendo Switch in 2021.