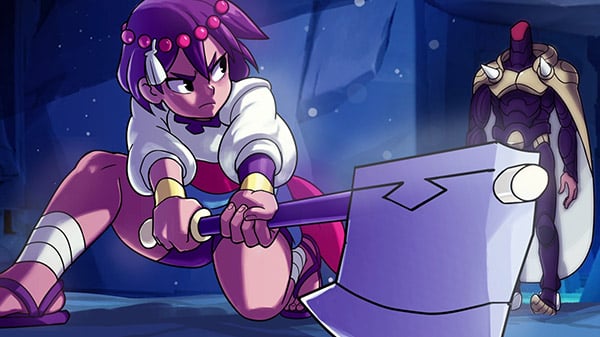 505 Games, publisher of Lab Zero Games-developed RPG Indivisible, has issued an official statement regarding the dissolution of Lab Zero Games and what it means for the future of Indivisble updates and downloadable content.

Indivisible is available now for PlayStation 4, Xbox One, Switch, and PC via Steam.

Get the full statement below.

In light of the recent restructuring and dissolution of Lab Zero, 505 Games would like to clarify what this means for the future Indivisible.

At this stage, apart from content that is already in submission, there will unfortunately be no more production on the game.

We understand that longtime players have been waiting for Guest Characters as well as some Backer-created characters. Regretfully, this additional content will not be added to the game.

There is an update for Nintendo Switch that is already in submission. It will add Razmi’s Challenges, New Game+, and Couch Co-Op to the Nintendo Switch. That update will bring all platforms to the same level of development and offer a complete game experience to all current and future players. This is expected to release later this month starting on October 13 and rolling out to other regions afterwards.

Indivisible is a game of diversity, inclusion, friendship and evolution. 505 Games worked with the talented and creative people at Lab Zero for many years to bring Indivisible to life.

We are proud of the game that was created and are happy that it has received the positive response that it deserves. We are sorry the journey has ended this way.

We wish to thank all the Indivisible players, new and old, who have supported the game. From the bottom of our hearts, we appreciate you all.

What about guest characters?

We understand that longtime players have been waiting for guest characters as well as some backer-created characters. Regretfully, this additional content will not be added to the game. The IP holder for at least one of the guest characters has backed out and we expect more will follow. The dissolution of Lab Zero means there will be no future development on Indivisible.

What is up with the Ajna Statue for backers?

The sole remaining physical IndieGoGo Backer reward is the Ajna / Heruka statue. To support the Backer community, 505 Games took over this responsibility to ensure fans would get their physical rewards. 505 is paying to produce the statues which are about to enter into production. We will post information about the availability of this reward in due course.

Is the game being removed from Steam, PlayStation, Xbox, etc.?

Will the North American physical version of the game be released?

For now, the North American physical release of Indivisible has been cancelled. Initially the North American version was delayed due to the impact of the pandemic. However, with most North American players opting to purchase digitally and the current situation with Lab Zero, it is no longer feasible to produce this version of the game.

Update 10:30 p.m.: We are expecting a small batch of North American physical Nintendo Switch cartridges at select retailers in November. We will release more information as soon as we have it confirmed. For now, players with pre-orders should wait for more news to see if your retailer will have copies available to fulfill orders.

Players who have pre-ordered a North American physical version of the game should contact their retailer for a refund.

My backer code doesn’t work / I didn’t get my digital reward, what do I do?

Lab Zero is responsible for all digital Indiegogo rewards and backer issues (except for the Statues and physical versions of the game). Please contact them directly at [email protected] Please be aware that given their current situation, they may not be able to reply.

Update 10:30 p.m.: 505 Games has updated the F.A.Q. to note that it is expecting a small batch of physical editions of Indivisible for North America in November. That information has been added above.