Customize your weapons and compete across strategic and open maps. 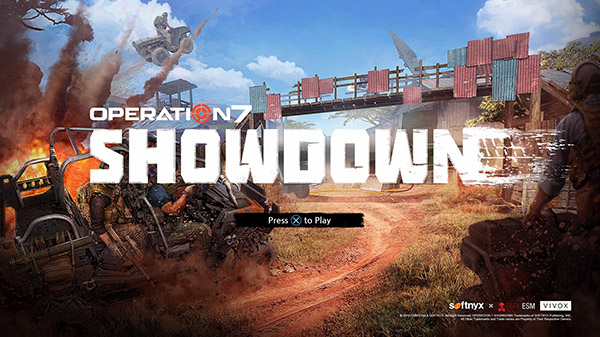 The release comes a little over a year after the server shutdown of free-to-play first-person shooter Operation7: Revolution, which was released in January 2017 in Asia and June 2017 in Japan, but was never released in the west.

Here is an overview of the game, via its PlayStation Store listing:

Main contents include weapon customization, vehicles, and characters. The weapon customization system allows you to combine various parts and assemble your own unique weapon. Vehicles are similar to “classes” in other shooter games: you can use vehicles to destroy walls and transport your allies, in addition to providing fast movement.

The game also provides realistic and dynamic action through various costumes that suit the genre of third-person shooter. Strategic and open maps within the competitive mode enhance fun and completeness of the game, and the combination differentiates Operation7: Showdown from other shooter games. You can easily progress through the battleground against other players by using weapons, costumes, and gears to your advantage.