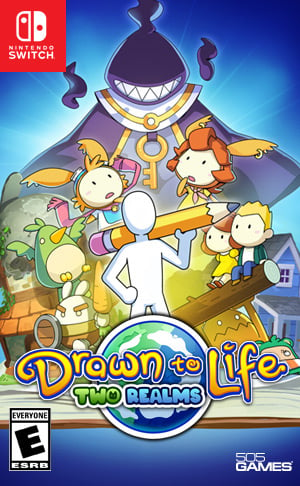 According to the rating, Drawn to Life: Two Realms is published by 505 Games, which published the iOS port. Its developer is not known. The following description is provided:

Drawn to Life is a game where the player must draw their own character, weapons and accessories, platforms, and objects.

The domain name DrawntoLifeGame.com was also registered on October 12. While we cannot confirm it was registered by 505 Games, the timing matches up.