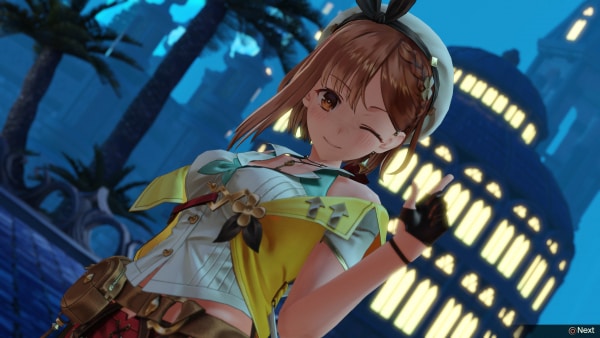 Atelier Ryza 2: Lost Legends & the Secret Fairy will launch for PlayStation 4, PlayStation 5, Switch, and PC via Steam on January 26, 2021 in North America and January 29 in Europe, publisher Koei Tecmo and developer Gust announced. The PlayStation 5 version will be a digital-only release.

In Atelier Ryza 2: Lost Legends & the Secret Fairy, Ryza is not only joined by returning fan-favourites like Lent Marslink and Tao Mongarten, she also meets a number of new characters who will help her throughout her adventure. Inside the Academy District café, Ryza meets a young woman by the name of Zephine Baudouin. Zephine manages the request bulletin board inside the cafe, and the bulletin board becomes a key part of Ryza’s day-to-day exploits—it’s used by citizens of the Royal Capital to post jobs ranging from delivering materials to defeating monsters—and as Ryza completes these tasks, she will be compensated with monetary rewards, materials, and even Skill Points. Other intriguing characters inside the Royal Capital include the talented blacksmith and engraver, Dennis Holland; shopkeeper and former acquaintance from Kurken Island, Romy Vogel; and farmworker Cassandra Cappelli, whose father owns an obscene amount of fruitful land inside the Royal Capital’s Farming District. 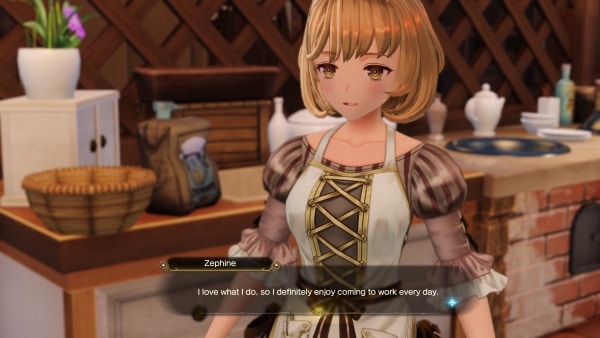 The face of the cafe in the academic district of the royal capital. She manages the always-busy cafe on her own, including the requests bulletin board inside. Since the cafe owner rarely ever drops in, she is practically the head of the cafe. 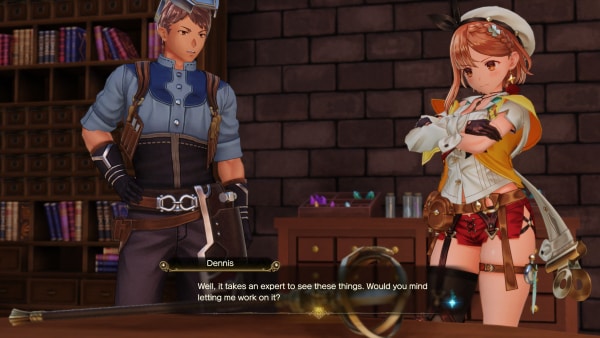 One of the most skilled blacksmiths in the royal capital where many artisans set up shop. He is also a skilled engraver and weapon manufacturer. He is friendly, but tends to get so focused on work that he drowns out the voices around him. 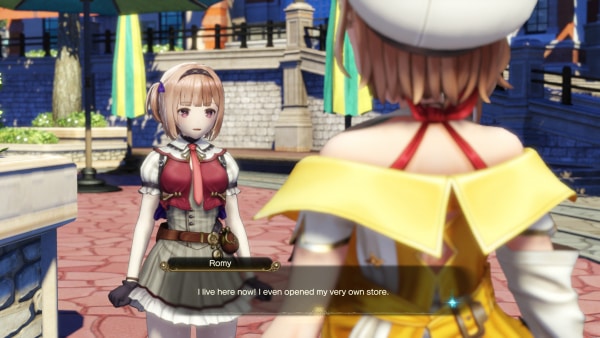 A woman who runs a shop in the royal capital. She used to travel from place to place, mainly as a peddler, but has settled down in the royal capital for the time being. In her peddling days, she often visited Kurken Island and is acquainted with Ryza. 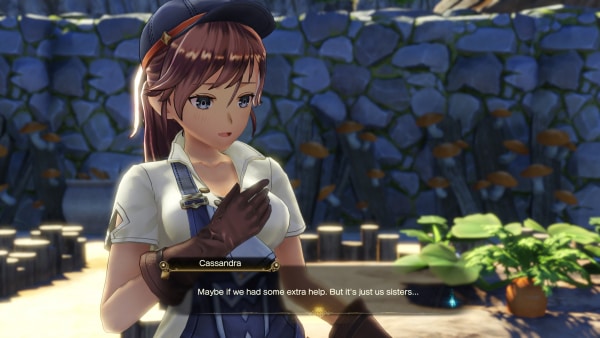 The eldest daughter of a farmer with broad acres of farmland in the agriculture district of the royal capital. Since her family doesn’t have any working men, she takes upon the role of bread earner and lead among the sisters. Although she could not tend to her vast farmland, and only is producing necessities for themselves. She is worried about what to do with her remaining farmland that has been set aside as idled plot.

As Ryza and friends embark on their journey, they encounter enemies and monsters throughout the land, and madness and mayhem ensue. Parties now include three battle members and one sub-member, and all heroes will now be aided in the game’s exhilarating real-time tactics battles, thanks to the ability to stack Action Points and Core Charge. As party members build up Action Points, characters will be able to unleash multiple Skills in a row via a Skill Chain. By using the Skill Chain ability, the power of all skills increases as well as the amount of Core Charge gained in each attack – the function needed in order to also use items—enabling you to unleash devastating attacks like throwing waves of bombs! In addition, by using skills your gauge fills up and after it exceeds a specific amount, your Tactics Level increases. As your Tactics Level increases, the amount of times your regular attacks hit also increases, and Action Points begin to build up quicker. If your Tactics Level reaches the max, you can activate a special technique: The Fatal Drive!