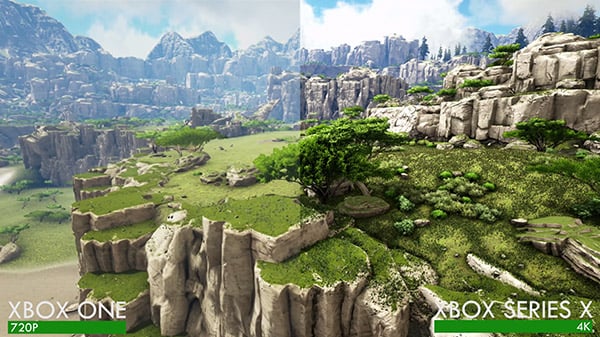 Studio Wildcard has released the version 802.9 update for the Xbox One version of ARK: Survival Evolved, which introduces “major enhancements” when the game is played on Xbox Series X.

ARK: Survival Evolved is available now for PlayStation 4, Xbox One, Switch, PC, Mac, and Linux via Steam, the Epic Games Store, and the Microsoft Store, iOS via the App Store, and Android via Google Play. A Stadia version is due out in early 2021.

Watch a trailer showcasing the upgrades below.