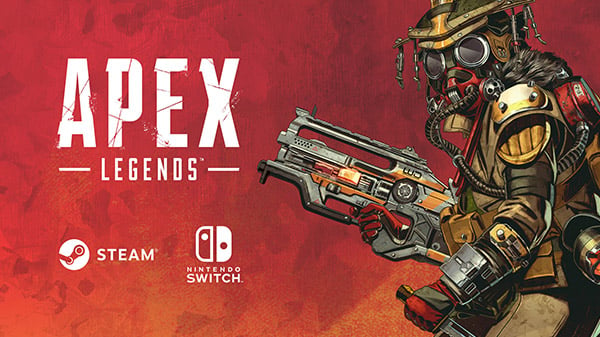 The PC version of Apex Legends will be available via Steam when Season 7 launches on November 4, publisher Electronic Arts and developer Respawn Entertainment announced.

The Switch version of Apex Legends, which was previously planned to launch alongside the Steam version this fall, has been delayed to 2021.

“We’re still hard at work on the port, but in order to do justice to the game and make it into the great experience Switch players deserve, our team needs more time,” Apex Legends game director Chad Genier said in an update. “This year has brought on unexpected new challenges, to put it mildly, and we don’t want to rush anything out.”

Grenier continued, “Switch owners can expect to get their hands on Apex Legends next year. And of course, when Apex Legends does launch on Switch, it’ll come with support for cross-platform play, our latest seasonal content, and full feature parity with the other versions of the game.”

As for the Steam version, users who have been playing the PC version of Apex Legends via Origin will be able to easily switch back and forth with Steam with all account progression and unlocks carried over between the two platforms. Steam players will also receive exclusive Half-Life and Portal-inspired gun charms for logging in during Season 7.

Conquer with character in Apex Legends, a free-to-play battle royale shooter where legendary characters with powerful abilities team up to battle for fame and fortune on the fringes of the Frontier. Master an ever-growing roster of diverse Legends, deep tactical squad play and bold new innovations that level up the battle royale experience—all within a rugged world where anything goes. Welcome to the next evolution of battle royale.

Apex Legends is available now for PlayStation 4, Xbox One, and PC via Origin.

Jason B. ⋅ Kena: Bridge of Spirits launch trailer ⋅ 4 minutes ago