Currently available for Xbox One and PC via the Microsoft Store. 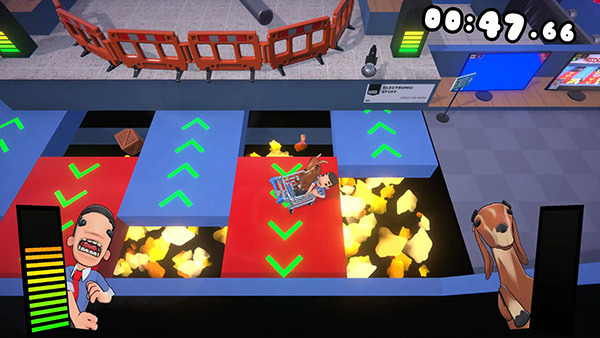 Supermarket Shriek will launch for for PlayStation 4, Xbox One, and PC via Steam on October 23, publisher PQube and developer Billy Goat Entertainment announced.

The kart racer, which supports local cooperative multiplayer, first launched for Xbox One and PC via the Microsoft Store in June 2019.

Join the unlikely duo of man and goat in this unique (shopping) kart racer, as they traverse precarious obstacles and complete deadly challenges inside a range of shops, boutiques and supermarkets. An outlandish solo adventure and a truly one-of-a-kind co-op experience!