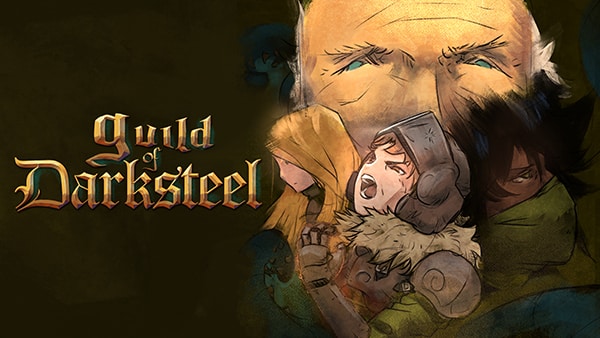 Publisher Digerati and developer Igor Sandman have announced Guild of Darksteel, a side-scrolling adventure game coming to PlayStation 4, Switch, and PC via Steam in Q1 2021. A demo is available now for PC via Steam.

Guild of Darksteel is a cinematic, side-scrolling adventure set in a lush, layered dark fantasy world.

Embark on a dark fantasy adventure and follow the Sellsword, an immortal, as he seeks a purpose in eternal life by joining the Guild of Darksteel. Become one of their immortal mercenaries and investigate the mysterious tunnels underneath the cities of Ravenrock.