A few tidbits from Weekly Famitsu. 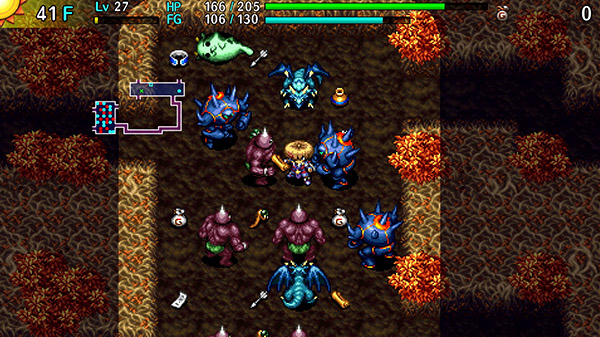 Shiren the Wanderer: The Tower of Fortune and the Dice of Fate for Switch and PC will add a “Live Exploration Display” feature and three new dungeons alongside a couple of other new features, the latest issue of Weekly Famitsu reveals.

A new feature that displays the player’s belongings, status, and other information in an inverted L-shaped area created by slightly downscaling the game screen to the upper left. It can be turned on or off at any time. According to the game’s director, this feature is convenient for “Let’s Play” videos.

Shiren the Wanderer: The Tower of Fortune and the Dice of Fate will launch for Switch and PC via Steam on December 2 in the west and December 3 in Japan.