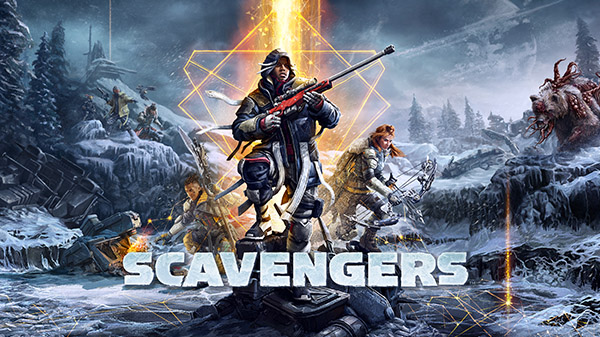 Free-to-play survival shooter Scavengers will launch for PlayStation 4 and Xbox One in addition to PC, developer Midwinter Entertainment announced. The PC version is slated for release in 2021, while the release date for the console versions is “to be determined.”

Midwinter Entertainment also opened registration for a Scavengers technical playtest weekend set to run from September 18 to 20. Users can register at the game’s official website. Participants will get a first look at new character designs, as well as newly revealed gameplay features including large-scale player-versus-enemy-versus-player battles featuring “hundreds of advanced AI enemies and creatures across an expanded 9km2 map.”

“The team at Midwinter is committed to an open, community-driven development environment,” said Midwinter Entertainment CEO and creative director Josh Holmes in a press release. “For more than a year we’ve been quietly testing with thousands of players from our community, whose invaluable contributions have refined, expanded, and validated our vision for Scavengers. As we prepare for closed alpha and beta later this year, we’re looking to expand our community and use this pre-alpha playtest window to provide us with critical learnings leading into our launch.”

Survival is Only Half the Battle

Scavengers is your strategic survival battleground. Enter a free-to-play action shooter where squads of three compete to survive and dominate in a hybrid of sandbox-style player-versus-enemy and class-based player-versus-player. Choose from a roster of adaptive Explorers, arm yourself with a combination of unique abilities and weapons, and conquer the challenges of a hostile wasteland. Out-think and outfight enemy players and the dwellers of the frozen Earth.

They Say You Can’t Go Home

We left when the asteroid shattered the Moon and froze the Earth, bringing with it a virus that birthed unspeakable horrors. We left with our lives and little more, seeking refuge off-planet—a refuge from the crazed mutants we call the Scourge; a refuge from the marauders who stayed to pillage and seize control of what remains on the surface.

There are far fewer of us today. Mother—our Sanctuary’s AI protector—watches over those of us who remain. We want a cure for the virus. She wants something more. So we must do as Mother says: return to the surface to fight—for one another, against each other, and for the future of our species.

Experience a new kind of competitive shooter, where every match offers multiple strategic avenues. Your objectives: capture more data points than rival squads, and stay alive—the rest is up to you. Track enemy players through snow, pit AI wildlife against adversaries, use storms and shelters to your advantage, stealthily navigate outposts, or take on the world guns blazing. It’s Player-versus-Environment-versus-Player, and creativity equals victory.

Blistering ice storms. Gnawing hunger. Deadly marauders and mutated creatures. At every turn, your squad’s survival hangs in the balance—to say nothing of the enemy teams looking for an opportunity to attack. Only by navigating the terrain, scavenging resources, and proving your skills in combat will you have a chance of successfully extracting from the planet.

The Explorers
Choose Your Survival Specialist

Humanity’s last hope rests with just a few courageous and desperate souls, each wielding a unique combination of signature abilities and weapons. Select a character, customize your loadout, and join other players to build an unbeatable squad that has what it takes to outplay the other teams and seize victory.

The Combat
Lay Waste in the Wasteland

Adaptability is your greatest weapon in Scavengers. Whether clearing Outlander encampments or facing the threat of other squads, mastering a variety of weapons and strategic use of your abilities will mean the difference between victory and an icy grave. Between matches, you’ll unlock and upgrade blueprints, allowing you to craft an even deadlier arsenal in the field. If all else fails, run players down with a salvaged vehicle or force them into a withering storm. Your opportunities for carnage are endless.

An Evolving Experience
Winter is More Than One Season

Over the long term Scavengers will introduce new seasonal objectives, modes, characters, enemies, map locations, and more. Far from being frozen in time, this post-apocalyptic proving ground will continuously shift and evolve – revealing new challenges and demanding new strategies to overcome them.

Watch a gameplay trailer and gameplay video below, via IGN. View a new set of screenshots at the gallery.