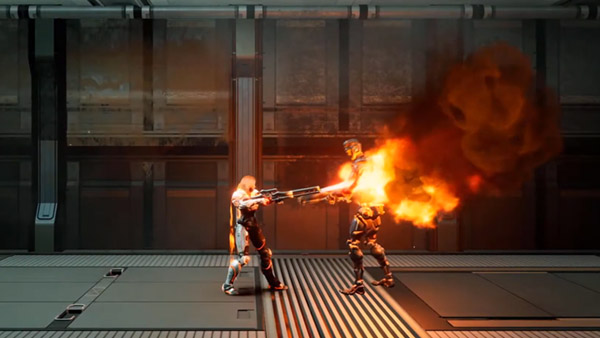 QUByte Interactive game producer Marivaldo Cabral told Gematsu that a PlayStation 5 version should also be available, but that it is awaiting approval from Sony Interactive Entertainment for final confirmation.

Project Colonies: 2120 MARS is a 2.5D side-scrolling action-adventure video game, of the Metroidvania subgenre, in which players take control of Lt. Anna “Charlotte” Right, a member of an enhanced elite group of Space Marines, sent on a Mission to the first Human Colony on Mars after a distress signal has been received on Earth.

Inspired by the great hallmarks of the Metroidvania subgenre (such as Super Metroid, Castlevania: Symphony of the Night, Guacamelee!), players make use of their enhanced abilities to traverse the large interconnected world of the Colony while fighting fierce enemies and challenging bosses with both melee and long-range combat techniques.