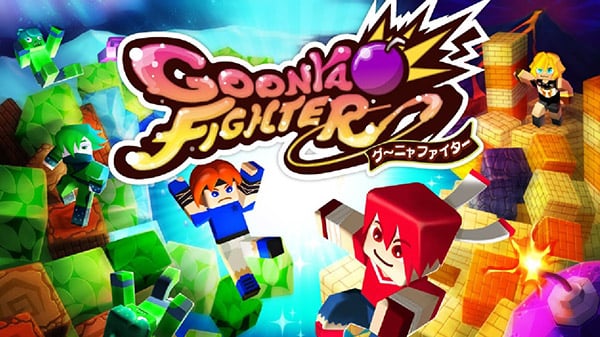 Goonya Fighter first launched for Switch via the Nintendo eShop in June 2019, and has since sold over 160,000 copies.

Goonya Fighter: Purupuru Shokkan Edition for PlayStation 5 adds a new mode that introduces the “haptic feedback” technology of the DualSense controller, which allows players to feel the in-game action through dynamic feedback. Online battles seem to be limited to standard mode, however. New game modes unique to PlayStation 5 may also be added.

As previously announced, an arcade version of Goonya Fighter is also planned for release.

A floppy kind of party fighting game! With one Nintendo Switch system up to four people can flop about until you can flop no more. Ready to become a Goonya Fighter?

Walk too far and you flop over; punch the wrong way and be sent flying! And get back up again just as easily! For beginners and pros alike, welcome to a different kind of fighting game.