Set in the suburbs of a fictitious Brazilian community. 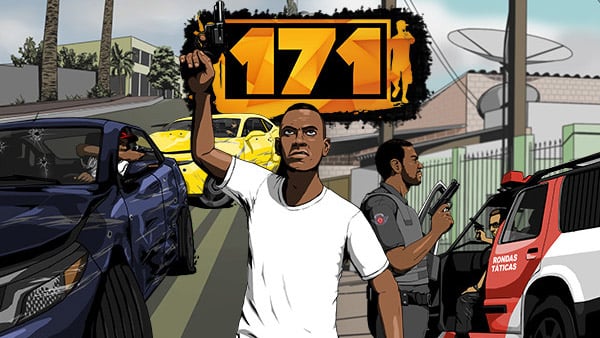 QUByte Interactive game producer Marivaldo Cabral told Gematsu that a PlayStation 5 version should also be available, but that it is awaiting approval from Sony Interactive Entertainment for final confirmation.

171 is an open-world action adventure game in the veins of Grand Theft Auto. Set in the suburbs of a fictitious Brazilian community, it features typically Brazilian landscapes and multiple gameplay mechanics such as vehicle tuning, ranged and melee combat, and open-world exploration.