A Sky Islander who commands the Fallen Monk Pirates. 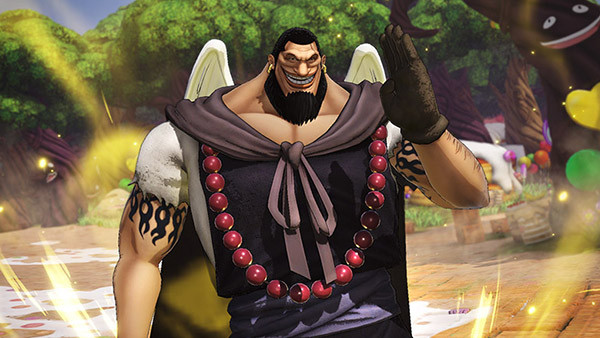 Bandai Namco has released the debut trailer for recently announced One Piece: Pirate Warriors 4 downloadable content character Urouge, who is due out as part of the “Worst Generation” character pack this fall.

Urouge is a Sky Islander who commands the Fallen Monk Pirates. As a large man who fights with an oversized Kanabo, he is known as the Mad Monk, though his personality isn’t as pious as the name might suggest. Like Luffy, he is one of the Eleven Supernovas. His biggest accomplishment: defeating one of the Big Mom Pirates’ Four Sweet Commanders.

💎Junsui no Houseki💎 ⋅ Bloomberg: The Last of Us remake for PS5 in development at Naughty Dog ⋅ 12 minutes ago