Unravel the secrets of your past through more than 600 rooms. 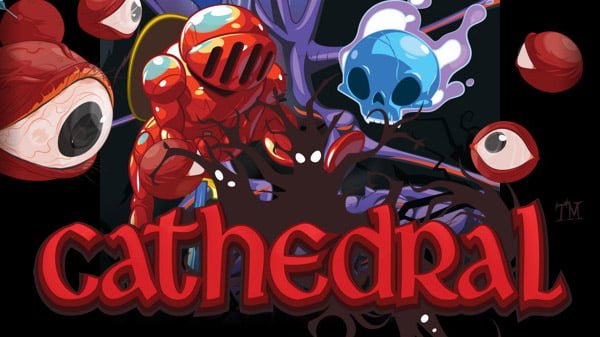 Cathedral, which first launched for PC via Steam and GOG in October 2019, is coming to Switch in 2020, publisher Elden Pixels and developer Decemberborn Interactive announced.

Wake up in a world with no recollection of how you got there. A world full of secrets, hidden rooms, dungeons and towns; Cathedral features a vast world, meant for exploring! You control a nameless protagonist, a knight from a different world, who teams up with a spirit known as Soul. Figure out what makes this world tick, and how to get back home.

Unravel the secrets of your past by finding the five elemental orbs. The orbs, placed in ancient times by the demi-god known only as Ardur, are protected by five fearsome guardians. Make your way through their dungeons, meet them head-on in combat, and see if you can best them!

Along the way, you will find magical items that allow you to explore even further, and reach new areas, towns and dungeons.

A Large World to Explore

Cathedral features a large interconnected 2D world, containing more than 600 rooms to explore. Use the handy world map to find new locations, items and backtracking opportunities. The world of Cathedral is completely hand-crafted, and contains many unique areas, secrets and puzzles. Each area of the world is designed to be distinct and unique with its own puzzles and challenges.

Cathedral is not a game that will hold your hand, but rather allow you to set out and explore on your own.

Cathedral is an homage to games of the past, built using modern technology. The game makes use of the NES color palette and sound capabilities without following the restrictions fully, which allows us to draw inspiration from both the 8-bit and 16-bit era.

The game is designed to be played using a game controller, such as an XBox, PS or Switch controller, but works well with keyboard too. Regardless of which you choose, you will play a game with extremely tight and fine-tuned controls.