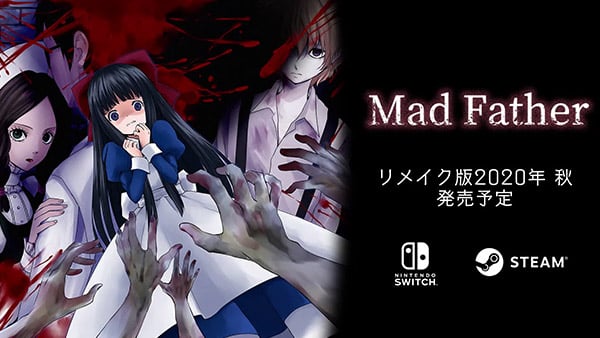 Publisher Playism and developer Sen have announced a remake of the December 2012-released freeware survival horror RPG Mad Father for Switch and PC. It will launch this fall.

The remake will feature enhanced quality, including reformed graphics, as well as additional events and a “BLOOD Mode,” a second playthrough mode that significantly changes the scenario.

The original Mad Father is currently available in English for PC via Steam for $2.49.

Record of Lodoss War: Deedlit in Wonder Labyrinth Early Access 'Stages 3 and 4' update launches in November Previous post
Tokoyo: The Tower of Perpetuity for PC launches in 2020 Next post