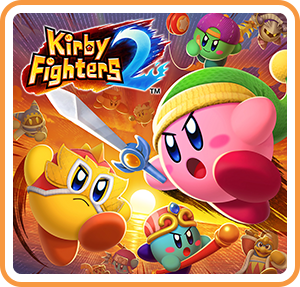 The Game Finder for parents on the Play Nintendo website has leaked the existence of Kirby Fighters 2 for Switch.

By selecting “Nintendo Switch systems” under “Which system do they play on?” in the Game Finder, Kirby Fighters 2 will appear as the second recommended game, revealing the game’s icon, $19.99 price point, and the following description:

Choose from a cast of Kirby’s most iconic copy abilities—including the brand-new Wrestler ability—and duke it out to be the last Kirby standing. Familiar friends and foes like Bandana Waddle Dee and King Dedede also make an appearance as playable characters in the Kirby Fighters 2 game, available exclusively for the Nintendo Switch system.

The original Kirby Fighters is a sub-game within the 3DS title Kirby: Triple Deluxe. An enhanced, standalone version called Kirby Fighters Deluxe was released for 3DS in July 2014 for $6.99.

2B or not 2B ⋅ Tales of Arise – ‘Spirit of Adventure’ trailer, side activities gameplay ⋅ 3 minutes ago