No longer due out this holiday. 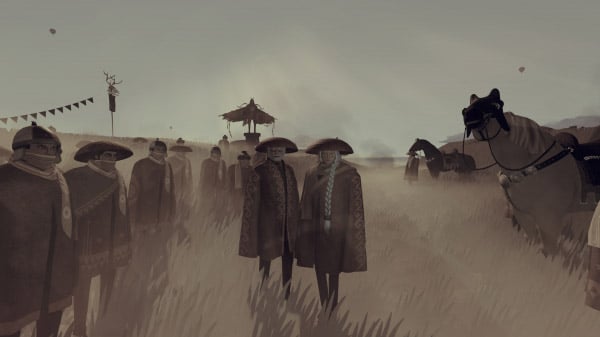 Superbrothers and Pine Scented Software have delayed the June-announced cinematic science-fiction action adventure game JETT: The Far Shore from its previously planned holiday 2020 release window to 2021. It will be available for for PlayStation 5, PlayStation 4, and PC via the Epic Games Store.

Here is the companies’ statement on the delay:

Revealing JETT: The Far Shore in June 2020 was an absolute thrill, and it has been a delight to uncloak after so long in stealth.

The JETT squad has been moved and motivated by the love, curiosity and support directed our way. We’re glad to report we’ve come a long way in a brief while, and that JETT is shaping up to be something pretty special.

However, as of now it seems we’re in need of more time in order for JETT to soar, and for the squad to complete this interstellar trip in good condition. JETT: The Far Shore is now fixin’ to deploy in 2021 on PlayStation consoles and PC on the Epic Games Store. Hectic times, so we’ve revised our trajectory. It’ll be stellar, when it alights.

While we’ll be on the quiet side for a while longer, look to @jettxyz where we’re regularly surfacing JETT gifs.

Meanwhile at JETT.fyi you can subscribe to the JETT email bulletin, where we’ll eventually shed some light on JETT and its all-star squad, and where we’ll exclusively debut occasional a/v tidbits (such as today’s tidbit “Soak In Brine”).

Greg ⋅ Magicians Dead: Force of the Soul announced for PS4 ⋅ 6 minutes ago