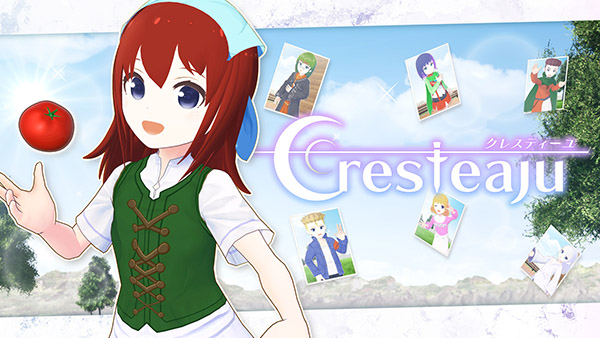 Developers PLiCy and Shou will release a remastered version of the 2001-released indie fantasy RPG Cresteaju for Switch via the Nintendo eShop on September 17 for 3,000 yen in Japan, the companies announced.

Here is an overview of the game, via PLiCy:

Cresteaju is a full-length fantasy RPG released by Shou in 2001. Although created by a single person, its scenario takes over 30 hours to clear and it has a strategic battle system, which made it quite popular in the early days of the Internet.

The Switch version of Cresteaju is both a port of the original release and a high-definition remaster. Various new elements have been added, from improved graphics to voice-overs, and new scenarios and background music.

—A humans tore off the hands of God and obtained two powers.

Legends such as these are passed down in the continent of Filgart. There, a rapidly-expanding organization emerged and continental order was thrown into chaos.

Enjoy a story of “friendship, memories, and the barriers of time.”