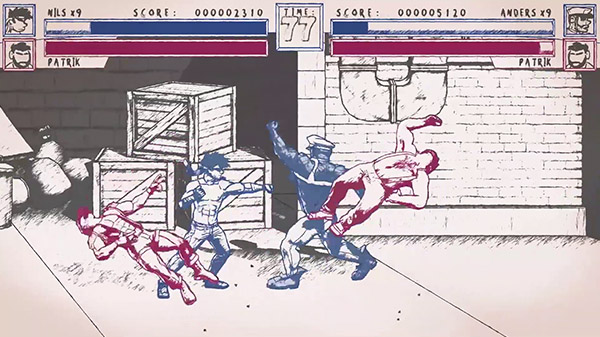 Super Punch Patrol, the next game from Gunman Clive and Mechstermination Force developer Horberg Productions, will launch for Switch via the Nintendo eShop on September 17 for $4.99, creator Bertil Horberg announced (2).

Horberg describes it as a “small game, developed mostly as a solo project during quarantine.”

Super Punch Patrol is a side-scrolling beat ’em up in which you play as police chief Anders Punch, who decides to take desperate measures to combat the crime and violence dominating the streets, and take down the Evil Crime Syndicate.

Azur Lane: Crosswave DLC launches October 5 in the west Previous post
Re:ZERO – Starting Life in Another World: The Prophecy of the Throne key visual Next post

Gunman Clive HD Collection coming to PS4 on May 22

Mechstermination Force coming to PS4 on May 22

Mechstermination Force coming to PC on May 22