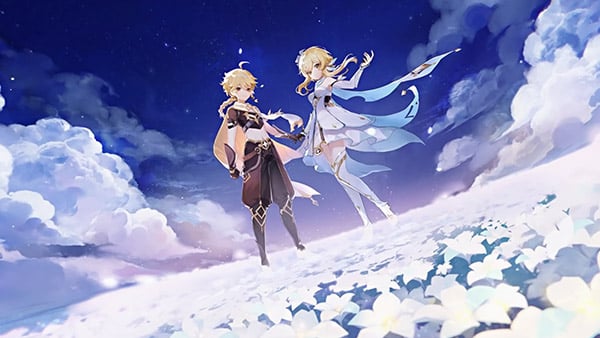 “For the past three and a half years, our team has been working towards creating a sprawling, beautiful open-world game in which players have the freedom to explore alone or bring friends along for the journey,” said miHoYo general president Forrest Liu in a press release. “We’re very grateful to have over 10 million players pre-registered for Genshin Impact across PlayStation 4, PC, and mobile around the world. We can’t wait to see you all in the world of Teyvat.”

Here is a brief overview of the game, via miHoYo:

With Genshin Impact, miHoYo brings players to the visually stunning world of Teyvat, a land ruled by seven elemental gods known as the Archons. The player takes on the role of the mysterious “Traveler” who embarks on a journey to discover the fate of their lost sibling and unveils the mysterious secrets of this world along the way. In the course of their journey, players can explore a wondrous world of diverse cultures and terrain, join forces with over 20 playable characters, master the art of elemental combat and exploration, and unravel the countless mysteries that Teyvat holds in store.

At launch, players will be able to explore Mondstadt and Liyue Harbor, two of seven major cities in the land of Tevyat each with their own unique cultures, stories, and surrounding countryside diverse in creatures, monsters, mysteries, and treasures. Genshin Impact will continue to be optimized for each platform and expand with more cities, stories, characters, and seasonal events through free updates.

The confluence between the past and future.

The original calamity had been overturned, yet the island in the sky set the earth to burn. Chalk pursues gold, in this time inopportune, the eclipse is swallowed by the crimson moon. The future must atone for bygone mistakes, as the bond familiar falters and breaks— of the same blood, elders and the youth… Such is the cycle of the world, in truth. Dain, what is that strand of blonde hair to you? Someone you must kill? Or the object of your penitence?

Watch a new trailer titled “Teyvat Chapter Storyline Preview: Travail” below. It contains spoilers according to to miHoYo, so viewer discretion is advised.