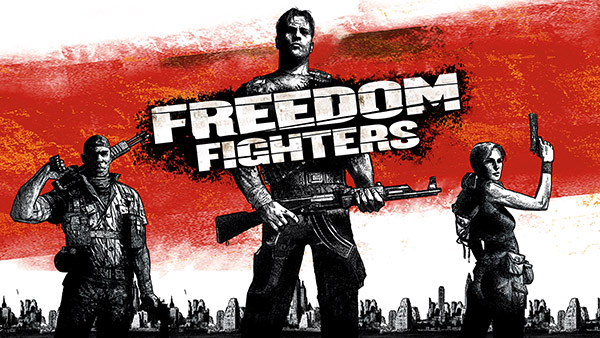 The PC version of the 2003-released third-person shooter Freedom Fighters is now available Steam and GOG, and will be available via the Epic Games Store later this week, developer IO Interactive announced. It is available at a 33 percent-off launch discount price of $9.99 for the first week of release.

Freedom Fighters first launched for PlayStation 2, Xbox, GameCube, and PC in September 2003. The PC version was previously limited to a physical release.

It’s been 17 years since Freedom Fighters was originally released. 17 years…

Today, we’re releasing the game digitally on PC for the first time, and it’s exactly as you remember it from 2003; tactical squad-based gameplay, inter-connected missions across New York and a rebel base to call your own.

We’re excited to finally make the original 2003 game available digitally and have players re-live their favourite moments from the campaign. If you’re completely new to Freedom Fighters, here’s what you need to know:

Freedom Fighters is an intense third-person action game set in an alternate history New York during the invasion of a foreign superpower. You’ll take on the role of Chris Stone, a hard-working plumber, who must rise through the ranks of the resistance to prove himself as a charismatic leader.

Throughout the campaign, you’ll travel to various locations across the city and complete interconnected missions where your actions in one level affect the battles in another. You’ll liberate supplies, scavenge weapons and use the ‘recruit and command’ system to grow the resistance and lead your squad of up to 12 freedom fighters into strategic conflicts. Command a single soldier or your entire squad to scout ahead, defend an area or follow your lead. Be tactical and take the fight to the invaders. They took your freedom. It’s time to take it back.

We know that Freedom Fighters is a much-loved franchise by many players who enjoyed it all those years ago. We love it too. That’s why we’ve packed in some nostalgic extras for anyone who buys the game.

We’ve teamed up with legendary composer Jesper Kyd, to offer the full Official Freedom Fighters soundtrack. You’ll get 16 tracks from the game in both MP3 and FLAC formats. The soundtrack also includes two bonus tracks that were never included in the game.

We also wanted to honor the experience of buying a game in 2003, so we’ve included the original PC manual as a downloadable PDF. Look out for a few blasts from the past, including tips for closing background applications on Windows 98!