Available now for Switch, PC, iOS, and Android, and coming soon to PS4. 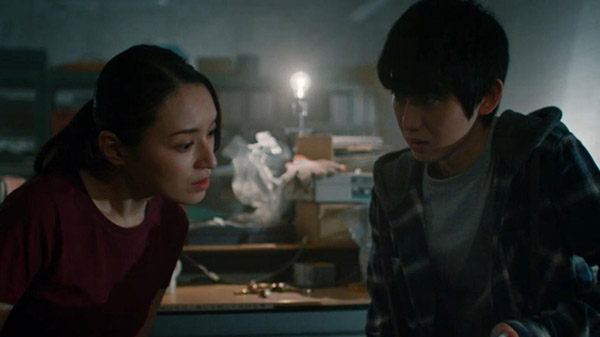 Gematsu recently spoke to Kazutaka Kodaka, director of the IzanagiGames-published and Too Kyo Games-developed full motion video game Death Come True, which is available now for Switch, PC, iOS, and Android, with a PlayStation 4 release due out on October 15.

During our brief discussion, Kodaka discussed why he chose to make a full motion video game, death as a recurring theme in his works, its characters, core system, and more.

—Let’s start with the obvious question. What made you want to make a full motion video (FMV) game? Did any existing FMV games serve as inspiration?

Kodaka: “We were having a few drinks with some friends and colleagues and we got excited talking about an FMV game, so we thought we’d make one ourselves! That’s how it all came about. So we started things after that pretty casual discussion, approaching it like making an independent movie.

“I’d seen a lot of existing FMV games, but nothing really served as inspiration. But as a game creator, I thought I’d try to make something that was more game-like than existing FMV titles.”

—Death is a recurring theme in many of your works. Why do you enjoy death so much?

Kodaka: “As a consumer, I personally like games, manga, and anime where people die. So when I create something, death has a tendency to become a feature. But I’m not a big fan of grotesque or overly gory stuff.”

—The protagonist of Death Come True is a young man named Makoto Karaki and played by Kanata Hongo, who portrayed Makoto Naegi in the Danganronpa stage play. Is there some sort of connection here or am I reading too much into this?

Kodaka: “Kanata knew my style from Danganronpa and is really knowledgeable about the games, so I figured he’d understand the particular traits of my work and use that in his performance. That’s why I sought him out for the role.”

—What went into crafting the personalities of each character? Would you say that they were designed to be more video game-esque than you would normally see in a live-action movie?

Kodaka: “Actually, because this was live-action, I set about creating characters that are more grounded than those in my other works. But I made the main protagonist more of a game-like character than a typical movie lead. My impression is that game protagonists feel more closely linked to players than movie protagonists.”

—Can you tell me a bit about the villain in the gas mask and what went into his design? Did he get an early tip about COVID-19?

Kodaka: “Haha, it’s got nothing to do with corona! Honestly, we didn’t have the budget for any prosthetic makeup, so we had to make do with the things on-hand to create an atmosphere. That’s why the character ended up looking like that.”

—Death Come True shipped simultaneously worldwide with support for 10 languages. Was this a difficult feat to achieve? Can we expect to see more of your titles ship in multiple languages in the future?

Kodaka: “Death Come True publisher IzanagiGames was in charge of localization. These days, most publishers are keen to push for multi-language support, so I imagine that will be the case in the future, too.”

—Death Come True uses a branching system where Makoto restarts a loop each time he dies, but armed with more information each loop to unlock new options. What went into cementing this as the game’s core system?

Kodaka: “I’d had the idea about time-leaping upon death from the outset, so when the decision was made to create an FMV game it felt like a good fit, and we decided to go with that mechanic. I wanted to make the choices more thought provoking than in other FMV titles, so I think the mechanic was pretty useful in that regard.”

—Death Come True can be fully completed in about three hours, which is not the regular, several many hours longer scenario you usually deliver. Do you see a market in games for these sorts of shorter scenarios? Would you have made Death Come True longer if possible?

Kodaka: “I think the length is just right for an FMV game—like watching a long drama. Overall, games are getting longer and longer, but in terms of a market, I think shorter content like this that can be completed fairly quickly is easier for people who are unfamiliar with games to enjoy. From the start I’ve wanted to get people other than gamers involved, so there was never any question of wanting to make Death Come True longer.”

—Is Death Come True a one-off project, or does it have a future as a franchise? Could you see it expanding into non-FMV games? (Or maybe a shooter spin-off starring Makoto’s sister “Komaru Karaki”?)

Kodaka: “Like I said earlier, Death Come True as an independent project came about pretty spontaneously, so I haven’t really thought about serialization or anything, but the same was true for Danganronpa. Who knows that the future holds. Maybe we’ll see Komaru Karaki one of these days, haha!”

—Thank you for your time, Kodaka-san!