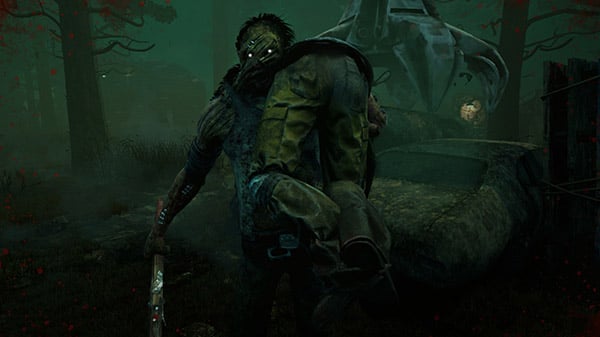 Behaviour Interactive will release Dead by Daylight for PlayStation 5 and Xbox Series X this holiday, the developer announced. Users who already own Dead by Daylight will receive the next-generation version on their new platform of choice free of charge, while maintaining all progression.

While the next-generation versions of Dead by Daylight will run at 4K resolution and 60 frames per second, a “massive graphical overhaul” of Dead by Daylight is also due out across all platforms. According to Behaviour Interactive, “the ultimate goal is to improve the immersion tenfold, making the environments as realistic as a scary, disturbing nightmare.” This includes “vastly upgraded” lighting and video effects, modeling, textures, and animations. More props will also be added to maps, and proper functions will be given to rooms to make them more identifiable.

“The game you know and love is stepping into the future,” said Dead by Daylight director Mathieu Cote in a press release. “The team has been focused on this plan for an entire year and we’re so excited to bring you Dead by Daylight as you’ve never seen it before, while still offering new Chapters and Archives. This is ambitious, and we’re ready.”

Visual improvements will be delivered every six weeks following the current Chapter and Archive roadmap. “Tens of thousands of assets” will be enhanced over the coming months as part of the overhaul. A patch due out next week will focus on common items such as lockers, generators, and palettes, as well as two maps.

Finally, Behaviour Interactive reconfirmed that cross-progression is coming to Dead by Daylight for Switch, PC (Steam), and Stadia. Using the new Behaviour Account, players will be able to carry their progression from one platform to the other.