Both titles part of Clouded Leopard Entertainment's Triple I Project. 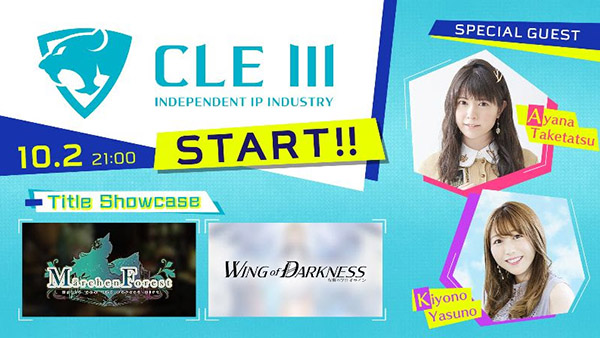 It also was announced that Ayana Taketatsu, who is known for her roles as Azusa Nakano in K-ON! and Leafa in Sword Art Online, will voice Marchen Forest: Mylne and the Forest Gift heroine Mylne.

The live stream will feature the latest information on Clouded Leopard Entertainment-published titles Marchen Forest: Mylne and the Forest Gift and Wing of Darkness along with the creators of both games for an in-depth discussion regarding their experiences throughout the development process.

“Triple I’s goal is to support up-and-coming content creators from around the world in order to help them reach a global audience,” said Clouded Leopard Entertainment III producer Akinari Ito in a press release. “Using a strategy that emphasizes quality, even smaller-scale projects will have a chance to shine in a market otherwise dominated by big-name developers. This business also aims to go beyond games, allowing creators to bring immersive fantasy worlds and characters with profound backstories to life.”

Gatooo ⋅ Young Souls launches first for Stadia in 2021, later for PC ⋅ 18 minutes ago