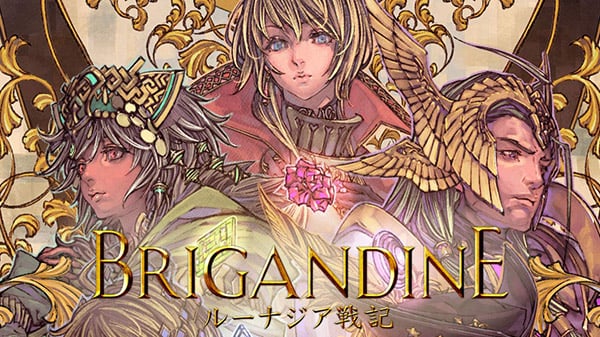 Brigandine: The Legend of Runersia first launched digitally for Switch on June 25 worldwide. It is also available physically for Switch in Japan, and Limited Run Games distributed a physical edition in North America.

In a new producer letter, producer Kazuhiro Igarashi also shared some information on the forthcoming update due out alongside PlayStation 4 release.

“Since everything is still under development, I can’t tell you the details just yet, but we’re planning a free update for the game on both the Nintendo Switch and PlayStation 4,” Igarashi said. “When making this update, we made it a conscious choice to prioritize players who have already bought the game. We wanted to give back by providing more content to all the passionate Brigandine fans who’ve been writing reviews, recommending the game, and streaming the game to spread its charms to as many as possible.”

Igarashi continued, “Our goal for this update is to make players who feel like they’ve done everything that could’ve been done in the Switch version want to play again, and to make even more people interested in the game. The development will take time since it involves multiple aspects, but we would like to have it out before the PS4 release. It’ll be a while more before we can provide details and make an official announcement. Nevertheless, we hope you’re looking forward to these future Brigandine: The Legend of Runersia developments!”

Conquer the Continent in this Grand Strategy Simulation Game

The continent of Runersia is home to six major powers with more than 40 bases, 100 knights, and 50 types of monsters.

Select a ruler, compose your platoons of knights and monsters, and march to claim enemy bases.

The player chooses how they will battle, so devise the best strategy to lead your nation toward continental conquest. How will your legend unfold?

Time passes on Runersia in seasons, each one consisting of an Organization Phase and an Attack phase.

During the Organization Phase, knights and monsters with various classes and skills are organized into platoons in preparation for the upcoming battles.

During the Attack Phase, turn-based platoon battles take place on a map made up of hexagonal spaces. Make use of unit skills, elements, enclosure effects, terrain advantages, and other battle tactics to lead your side to victory!

All nations, knights, and monsters in the game will continue to battle and grow as you do.

The game is also packed with other ways to grow your armies such as class changes, equipment, and various items.

Enemy nations aim to conquer the continent as well and will attack your bases to do so. The battle for the continent will differ with each playthrough. Accumulate stories and events from the six nations in the Records. After clearing the main mode, The Legend of Runersia, the Alternate Chapter challenge mode will be unlocked, allowing for even more replayability.

Runersia—a continent blessed with mana showers from times of old.

Five Mana Stones discovered long ago have been embedded into special armor called Brigandine, each one representing the ideology of the nation possessing it.

These have come to be known as the Brigandine of Justice, Sanctity, Freedom, Glory, and Ego.

The time now is Runersia 781, and a war looms on the horizon for five nations and a small tribe with incompatible ideologies.

Six rulers and their rune knights will throw themselves into the conflict, each with their own hopes and expectations.

Once the land has been unified under a single banner, memories from The Legend of Runersia will be reclaimed and the truth of what happened here on Runersia shall be revealed.

Watch the debut trailer for the PlayStation 4 version below. View a set of screenshots at the gallery.

curtisd88 ⋅ Fire Emblem: Shadow Dragon & the Blade of Light coming to Switch on December 4 ⋅ 3 minutes ago