Over nine years after launch, the Nintendo handheld closes shop. 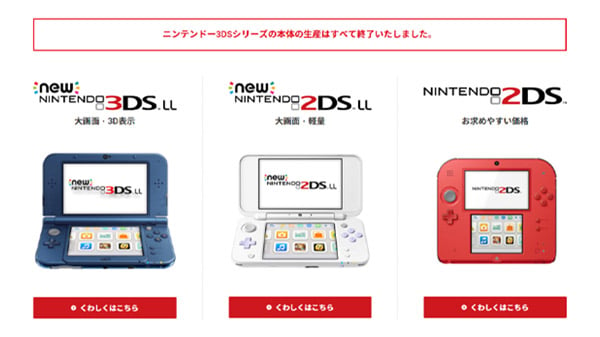 Nintendo has officially ended production of the 3DS series handhelds in Japan, according to its official website.

While it is unclear exactly when production ended, the Wayback Machine shows that the note of production ending was not on the website on September 15.

Thanks, Games Talk and Automaton.

Yaminoari ⋅ Octopath Traveler: Champions of the Continent launches October 28 in Japan ⋅ 3 seconds ago