The Division, The Book of Unwritten Tales 2, and more. 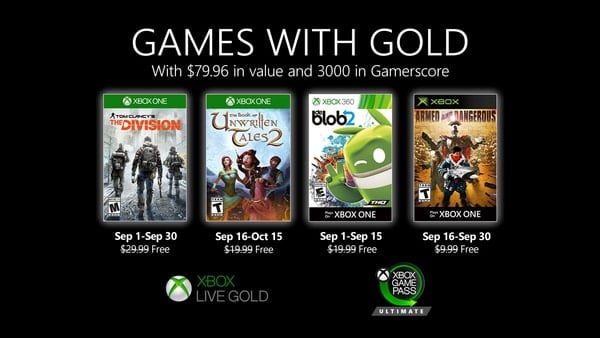 Microsoft has announced its lineup of free games for Xbox Live Gold subscribers in September 2020.

Rise Kujikawa ⋅ Princess Connect! Re: Dive now available in the west ⋅ 26 minutes ago