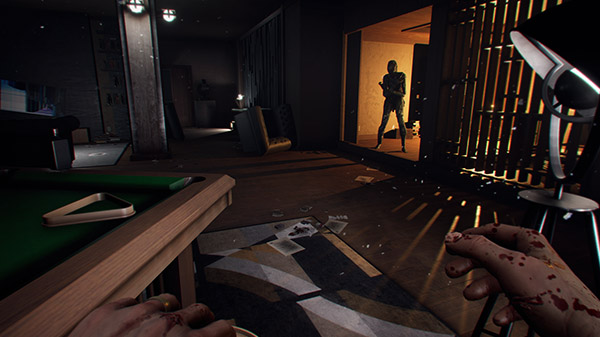 Here is an overview of the game, via Fast Travel Games:

Even the dead are terrified inside the Barclay Mansion. As a Wraith, unravel its secrets and hide from the sinister Spectres trailing your footsteps. Wraith: The Oblivion – Afterlife is a first-person virtual reality horror exploration game set in the World of Darkness universe.

The player will take on the role as a spirit of the dead, holding specific Wraith powers at their disposal that will grow during the game and grant access to new areas:

Afterlife plays against a backdrop of modern Hollywood decadence and occult research:

A World of Dark Secrets

Afterlife shares the same universe as Vampire: The Masquerade and Werewolf: The Apocalypse, where monsters are real and live among us:

Watch the first gameplay trailer below. View a new set of screenshots at the gallery.