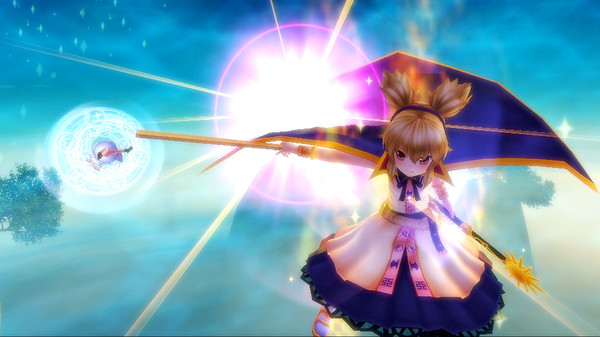 The Touhou Project-themed “3D fired-up battle action game” is available currently for PlayStation 4 and Switch worldwide, as well as PS Vita in Japan.

A song that pushes her to extremes!

Touhou girls fight dramatic battles in the sky! A 3D fired-up battle action game based on Touhou Project! Features a “Fired-Up Battle System” in which characters abilities change to the playing song.

There is also an online play with up to four players available.

Over 90 songs were recorded by Japanese artists for the battles.

Control with music and bombardments the whole sky of Gensokyo!