Touhou Luna Nights coming to Xbox One, Windows 10 on September 3 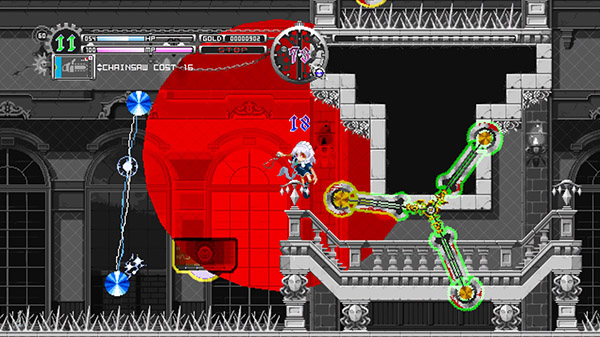 Publisher Playism and developer Team Ladybug will release Touhou Luna Nights for Xbox One and Windows 10 via the Microsoft Store on September 3 for $17.99 / 1,840 yen, as well as Xbox Game Pass, the companies announced. It will support English, Japanese, Simplified Chinese, Korean, German, and French language options.

The Touhou Project Metroidvania game first launched for PC via Steam Early Access in August 2018, before exiting Early Access with its version 1.0 release in February 2019.

The Xbox One and Windows 10 version will feature an extra boss battle against Cirno not available in the original Steam version.

A Switch version of Touhou Luna Nights was announced in July 2019, but has yet to receive a release date.

Remilia Scarlet, head vampire of the Scarlet Devil Mansion sends her maid Sakuya Izayoi with no warning to a world much like Gensokyo, but not quite.

A world full of strange places, filled with strange youkai and her time manipulation sealed.

What could Remilia’s end game be…?

Team Ladybug began with Pharaoh Rebirth, continuing with other enjoyable games including Resurrection of Beldia and Shin Megami Tensei Synchronicity Prologue. Since, I have been waiting in anticipation for their next project.

While it has a Metroidvania style, the game can easily progress without the insistence of repeat elements or collecting items. This has resulted in a spectacular game born from the game production skills cultivated by Team Ladybug.

Touhou Luna Nights is not only for Touhou fans but one that can be enjoyed by anyone who loves 2D action games.