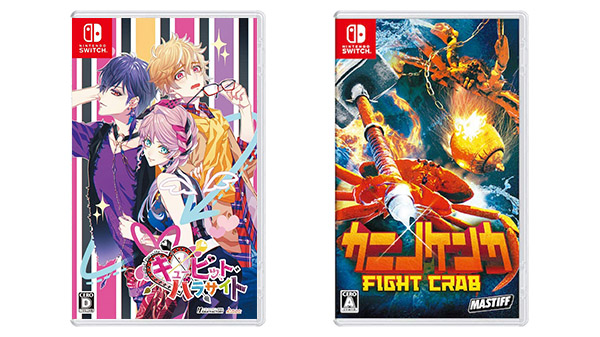 Fight Crab and Cupid Parasite for Switch are the highlights of this week’s Japanese video game releases.

Recently launched for PC via Steam, the Calappa Games-developed Fight Crab is a 3D action game where giant crabs fight against each other with claws, swords, guns, armor, jet engines, and more. There are 23 types of playable crabs, 48 different weapons, and 11 unique stages, as well as online and offline modes including a 41-battle Campaign Mode.

Cupid Parasite is the latest otome visual novel from Idea Factory’s Otomate brand. In it, players become heroine Lynette Mirror, a top bridal adviser… and Cupid herself. She ran away from home to the human world after getting into a fight with her parents. Her next big project is marrying off the troublesome “Parasite 5,” who she must live with in the marriage life co-living TV show “Parasite House.”