The Lord of the Rings: Gollum teaser trailer 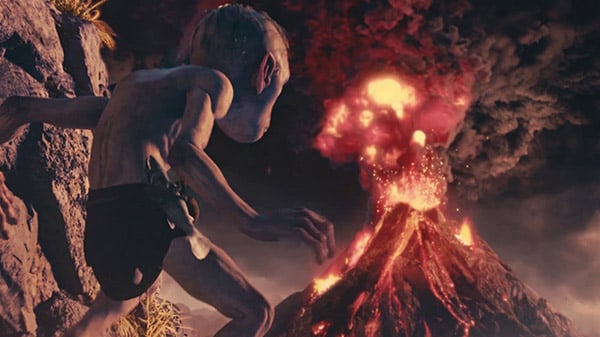 Daedalic Entertainment has released a teaser trailer for stealth action game The Lord of the Rings: Gollum.

IGN also published preview with new details on the project, which is mainly made up of stealth action and narrative decision making parts.

“The game mixes stealth with vertical climbing parkour,” lead designer Martin Wilkes told IGN. “If you want a reference you might think of it as similar to Prince of Persia. It is mostly a non-combat game, but Gollum will be able to stealthily take out enemies. However, this will not be easy and always come with big risks. We want players to carefully weigh these encounters. After all, Gollum’s strengths lie in cunning not combat.”

While Gollum will not use weapons, he will be able to distact enemies with throwable items, as well as profit from the abilities of “special allies” and can use the environment to his advantage, according to lead narrative designer Tilman Schanen. Those “special allies” are familiar characters that “for the most part” will play smaller roles in the story, “but in some cases very significant.”

As for decision making, players will have to choose from responses proposed by his Smeagol personality and Gollum personality. According to Schanen, the decisions you make affect how the game feels, and the “dominant” persona can influence “animations, soundscapes, certain gameplay situations, and in-game dialogue.”

Read more about The Lord of the Rings: Gollum at IGN. The game is due out for PlayStation 5, Xbox Series X, and PC in 2021.