Experience daily life in the city of LaPlace.

The April-announced PlayStation 4, Xbox One, and Switch versions of adventure game Noel The Mortal Fate will launch in 2020, developer Kawano announced.

Here is a look at the new title screen:

Additionally, Kawano announced that the console versions will include an exclusive additional episode titled “Season 3.5,” in which Caron and Noel take a seven-day break in LaPlace. Players will be able to enjoy daily life in the city of LaPlace, which has only appeared in the game in fragmented segments thus far. 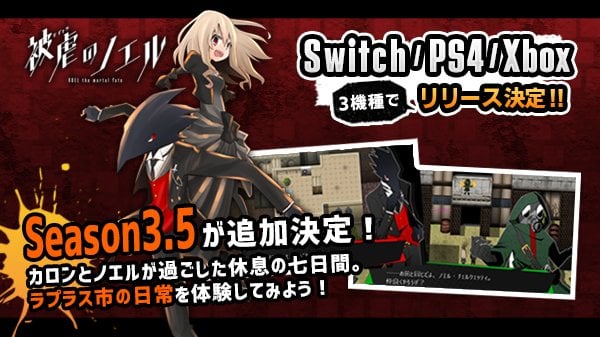