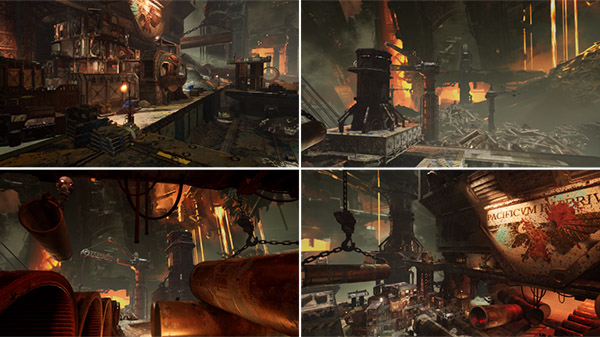 Here is an overview of each map, via Focus Home Interactive:

Struggle for victory in brutal gang warfare across Hive Primus’ 26 unique maps and use the verticality, the freedom of movement, and the many traps at your disposal to your advantage. Completely gridless, Underhive Wars encourages players to move as they wish across its endlessly grinding rust-heavy factories and forgotten toxic tunnels – but remember: whether you join the Escher, Orlock, or Goliath in your bloody climb to the top, in the Underhive death is ever-looming, and life cheap.

Necromunda: Underhive Wars is due out for PlayStation 4, Xbox One, and PC via Steam on September 8.

Infasis ⋅ The Last Blade: Beyond the Destiny now available for Switch ⋅ 2 minutes ago