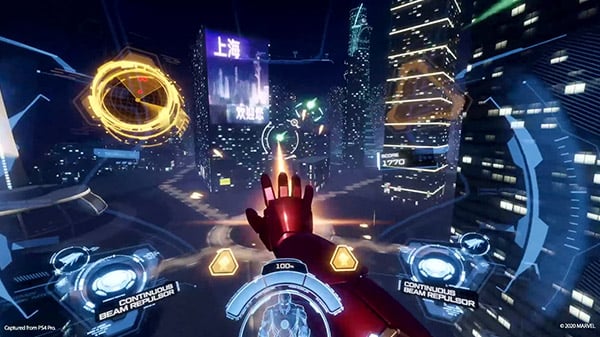 Here are the details, via PlayStation Blog:

We are adding two new game modes designed for those who are hungry for more.

The much-requested New Game+ will allow you to re-experience the story without giving up your Research Points and unlocks for the Impulse Armor. The New Game+ mode will only be available once you’ve completed the game. And if you’re a hardcore player who has already mastered “Invincible” difficulty, you should definitely give the new “Ultimate” difficulty mode in the new patch for a spin to see what you’re really made of!

Of course, if you’re going to be replaying the story or challenging a new difficulty mode, why not try out some of the new weapons that can be unlocked at the Armor Station?

Another set of eight awesome Custom Armor Decos by our character artist Chris Foster will be added to the Armor Station in the garage, along with new challenges to overcome for unlocking them. Among the eight Custom Armor Decos is the Iron Patriot, in case you missed our launch weekend promotion.

In addition to the new content above, we’ve been hard at work improving user experience.