Lair of the Clockwork God coming to Xbox One and Switch on September 4, PS4 later

A point-and-click adventure and platformer hybrid. 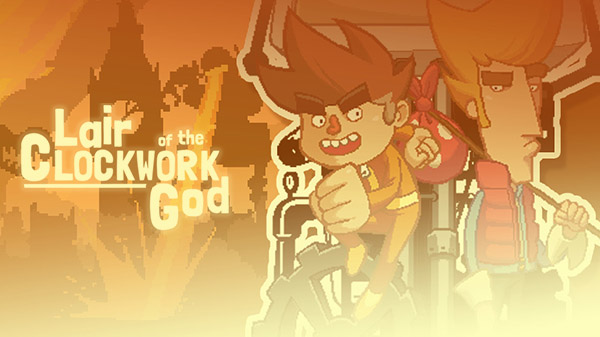 Point-and-click adventure and platformer hybrid Lair of the Clockwork God is coming to Xbox One and Switch on September 4, followed by PlayStation 4 at a later date, developer Size Five Games announced.

Lair of the Clockwork God first launched for PC via Steam on February 21, followed by Mac and Linux on March 3.

Why play only one genre of game when you could be playing two slightly different ones at the exact same time?

Lair of the Clockwork God sees you switching between both characters and using their unique abilities together in a race-against-time effort to stop all the Apocalypses happening simultaneously, by teaching an old computer about feelings.

Solve classic point-and-click style puzzles as Ben to create unique upgrade items for Dan, so he can jump higher, run faster and blast away at everything with a shiny new gun. Then, run and jump as Dan to unlock new areas and exciting new puzzles for Ben!

If you haven’t played the old Dan and Ben games (you should), or you have but can’t remember what happened, there’s no need to worry! Lair of the Clockwork God is a standalone Dan and Ben Adventure, which means you need to know absolutely nothing about Ben There, Dan That! or Time Gentlemen, Please! whatsoever. None of the original plot is referenced, the characters are re-introduced expertly, etc etc. It’s all good.

Lekzie69 ⋅ Destruction AllStars delayed to February 2021, included with PlayStation Plus ⋅ one minute ago