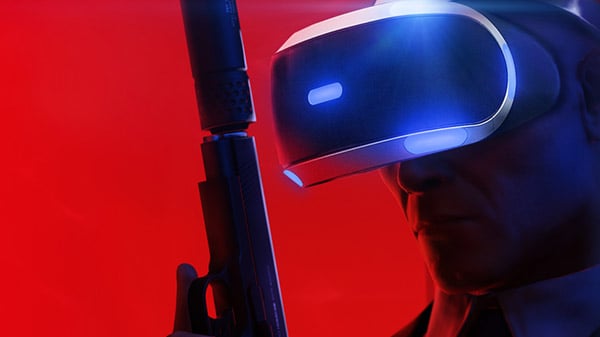 Here is an overview of the game’s PlayStation VR support, via IO Interactive:

Hitman III will support PlayStation VR at launch in January 2021—but it’s not only Hitman III locations that are supported. Every location from the World of Assassination trilogy can be enjoyed in virtual reality.

We’re talking more than 20 locations across all three games that can be explored and experienced in an entirely new way. As a reminder, we revealed in the Hitman III announcement that it will be possible to “import” locations that you own from the previous two Hitman games into Hitman III. You’ll need to launch locations from Hitman III to play them in virtual reality. We’re working to finalize the specifics for how PlayStation VR owners can enjoy Hitman in virtual reality, and we’ll have more details to share in the months ahead.

Whether you’re in the mood to dress as Helmut Kruger and walk the catwalk in Paris, infiltrate a bank vault in New York, or even if you just want to relax and listen to the waves gently crashing on the beaches of Sapienza—you can do it all in VR!

Playing in virtual reality will literally change the way you play with a first-person perspective that lets you immerse yourself into the game world. Stand face-to-face with your targets, blend-in to a busy crowd to overhear conversations and interact with the game world using your hands. For example, imagine that you’ve picked up a frying pan and you sneak up on a guard. You can swing the frying pan in whatever angle you want to knock them out—and then use it to deflect bullets that are fired as you make your escape.

Hitman in virtual reality will immerse you into the World of Assassination in a unique way and we can’t wait to see the creative ideas and playthroughs our creative community can come up with when they get their hands on the game in January next year. We’re already looking forward to sharing more details about our virtual reality support for Hitman III!

Life After the Before Picture ⋅ Open Forum #341 ⋅ one minute ago