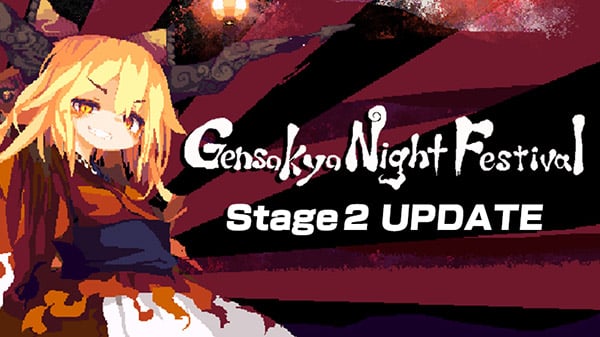 The “Stage 2” update for the Steam Early Access version of Gensokyo Night Festival is now available, publisher Playism and developers Why So Serious? and Team Ladybug announced.

In addition to the second stage, which is set in the “Former Capital,” the update also adds the new “Flare” ability and keyboard configuration settings, which was a popular user request. Chibi Touhou Project characters are hidden throughout the Stage 2 map, and you can send the characters you find to “Hakurei Shrine.”

Playism will also release a smaller update in early September, which will adjust the boss balance and add an “Orin / Okuu” combo attack.

Pepsiman ⋅ Magicians Dead: Force of the Soul announced for PS4 ⋅ 14 minutes ago