New teaser video due out at the end of the week. 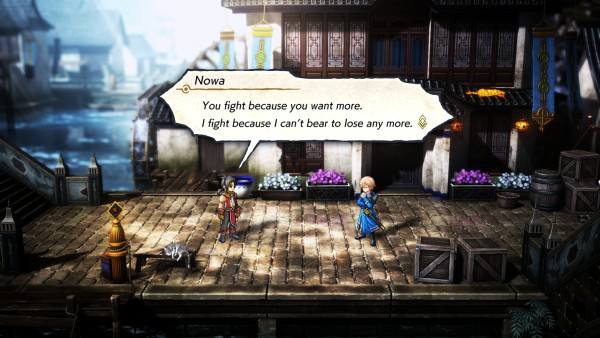 “Eiyuden Chronicle is now the single most backed project by Japanese people ever,” Eiyuden Chronicle: Hundred Heroes creative director Yoshitaka Murayama said in a press release. “For this project, I want to take the fans’ passion and put it in the game—that’s how I feel. I’ve seen people on social media saying this is the first Kickstarter they have ever backed and it makes me so happy to see that passion and support. Anyone in the entertainment business probably feels the same way—they want to make as many people happy as possible. Usually it’s a feeling you get on release day when you sell your game, but with Eiyuden Chronicle, we are able to feel that even at this current phase. And you get to feel it directly from the fans’ voices which, again, is a great feeling. Thanks for all the enthusiasm and support. It really does keep me going. So please join us on this two year journey of developing this game.”

Rabbit & Bear Studios also announced that it will add a ninth additional character to the game, bringing the total number of characters to 109.

Murayama noted, “The 108th character was born through Stretch Goals. I’m sure some people are fond of this number, as am I. But that number was for Suikoden. While we have respect for the number 108, we choose to leave it here and go further. For this commemorable 109th character, we’d like to create a new character with everyone through a voting system. We genuinely hope everyone will continue this journey with us together.”

The 109th character will be determined by fan selection via a poll in the Eiyuden Chronicle: Hundred Heroes Discord channel that will run for 24 hours starting August 21 at 9:00 a.m. PT / 12:00 p.m. ET. Concept artwork for the potential character will be published throughout social media channels this week.

Finally, Rabbit & Bear Studios announced it will release a new teaser video for Eiyuden Chronicle: Hundred Heroes at the end of the week.