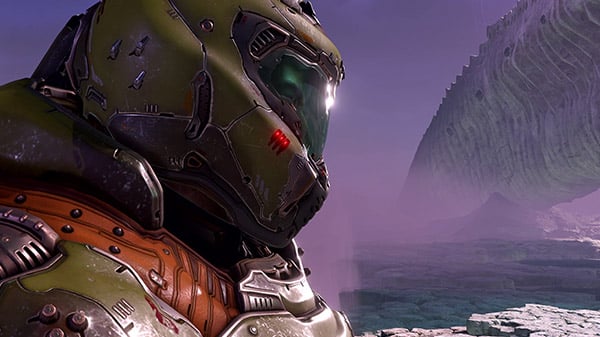 Here is an overview of the downloadable content, via Bethesda Softworks:

The first of a two-part story expansion for DOOM Eternal, “The Ancient Gods, Part One” casts players once again as the DOOM Slayer to confront an ancient evil awoken from an imbalance in the heavens. Ripping and tearing through never-before-seen locations in the DOOM universe, players will face off against fierce new demons and discover a new chapter in the DOOM Slayer’s story.

The Year One Pass is still available for $29.99 and includes access to both DLC 1 and 2. “The Ancient Gods, Part One” will also be available as a standalone purchase for $19.99.