Is what you see real or just a hallucination? 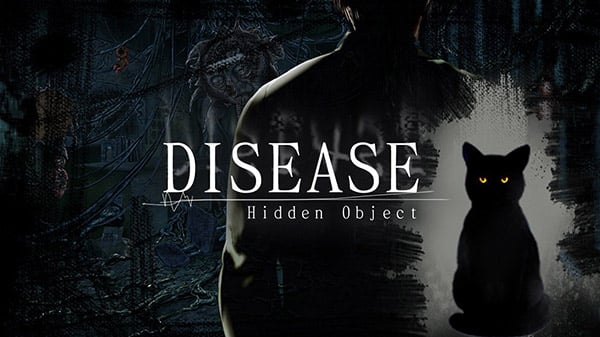 Disease: Hidden Object first launched for Switch via the Nintendo eShop in July 2018.

Is what you see real or just a hallucination?

A former doctor wanders in two worlds while doubting himself.

This is a horror adventure game where the player go back and forth in between the real world and the hallucination world.

The purpose of this game is to search items and collect scattered documents while solving mysteries and finding out the truth of the abolished hospital.

The main character is an ex-doctor who’s license was deprived due to hallucination and auditory hallucination from some kind of a mental disease.

To get back his doctor license, the main character decides to take the job which his ex-boss offered.

The job was to collect medical supplies and materials from a certain abolished hospital.

Nothing complicated, just an easy job.

But once the main character began to search inside the hospital, he suddenly becomes very sick.

A memo which he doesn’t even remember writing.

The fearful mysteries of the hospital, the mysterious materials, and the story of the people who existed in the hospital.

The main character approaches in the horrifying truth while doubting everything that goes in his mind.

Denny Hermawan ⋅ Epic Games Store leaks The Legend of Heroes: Trails from Zero, Trails to Azure, Trails into Reverie, and The Legend of Nayuta: Boundless Trails for the west ⋅ 3 minutes ago

Napael ⋅ Epic Games Store leaks The Legend of Heroes: Trails from Zero, Trails to Azure, Trails into Reverie, and The Legend of Nayuta: Boundless Trails for the west ⋅ 9 minutes ago