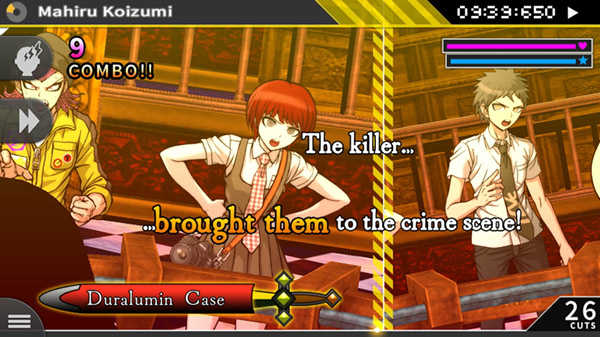 Danganronpa 2: Goodbye Despair Anniversary Edition is now available for iOS via the App Store and Android via Google Play for $15.99.

Danganronpa 2 is finally available on smartphones! The stage of the new killing game is set on a tropical island. Survive the evolution of the psycho-tropical class trials within the typhoon of madness, doubt, and suspicion!

The students of Hope’s Peak Academy arrive at a tropical resort destination known as Jabberwock Island, but they end up trapped as castaways due to the headmaster’s schemes. In exchange for escape from the island, the students are forced to play a killing game and find the killer through class trials. Play through high-speed and fast-paced class trials by gathering testimony and evidence during investigations and use them as ammunition to shoot down your opponent’s contradictory statements.

Brewing suspicion… Unseen madness… Their limits are tested as the evolution of the class trial begins.

Dr. Gulabjamuns ⋅ Funcom acquires Cabinet Group, including Conan the Barbarian and dozens of other IP ⋅ 5 minutes ago

OxyTech ⋅ Funcom acquires Cabinet Group, including Conan the Barbarian and dozens of other IP ⋅ 21 minutes ago