Advertise your extra-planar products to the masses. 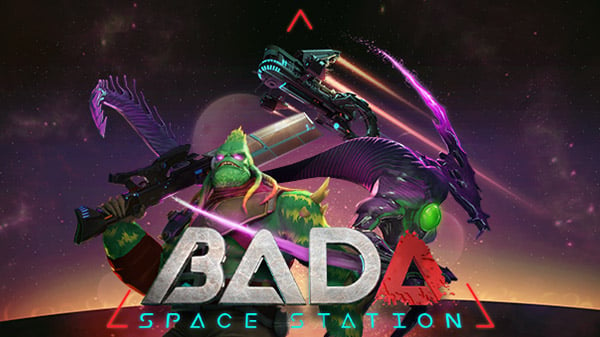 Terahard Studios will release BADA Space Station, its one to four-player local and online cooperative fast-paced action game, for PlayStation 5, Xbox Series X, PlayStation 4, Xbox One, Switch, and PC via Steam and the Epic Games Store in spring 2021, the developer announced.

Here is an overview of the game, via Terahard Studios:

Play as one of four extraordinary Marketeers, each with their own set of unique abilities, play styles, expansive skill trees, equipment, and tons of personalization options. All Marketers are capable of dishing out extreme havoc alone, but together they are a force to be reckoned with.

Become the embodiment of pure chaos in over 10 unique Arenas, each more challenging than the last, and slaughter waves upon waves of enemies with amazing A.I., with tons of destruction features such as cutting, warping, explosions, and more.

Channel your inner badass, advertise your extra-planar products to the masses and SELL, SELL, SELL!

BADA Space Station started out as a simple prototype in early 2019. While initially focused on cutting mechanics, the team’s steady stream of additions saw that prototype evolve into something playable, something they wanted to pursue. The entire Terahard team had inadvertently shaped this product from their collective vision—and that was something they couldn’t simply leave behind.

After months of discussions, meetings, and a constant back-and-forth, BADA Space Station was born. Terahard has since shifted their full attention to BADA Space Station, which has been in development since early 2020.