All proceeds go to the Humane Society International charity. 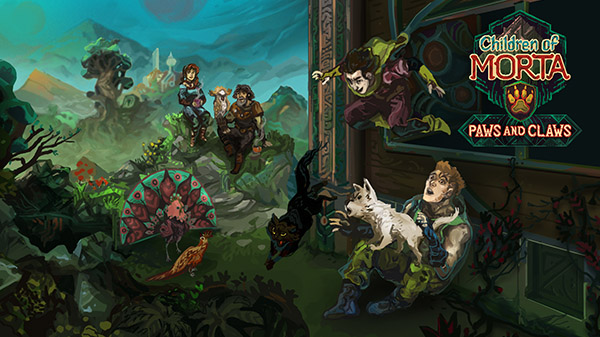 Publisher 11 Bit Studios and developer Dead Mage have partnered with Humane Society International to release Children of Morta charity downloadable content “Paws and Claws” for PlayStation 4, Xbox One, Switch, and PC (Steam) for $3.99. All of the proceeds for purchases of the downloadable content will go to the Humane Society International charity.

“Paws and Claws is the kind of content that embraces the meaningfulness that we’re often pouring into our games,” said Children of Morta producer Karol Kala in a statement. “Animals are a big part of the original Children of Morta story, so enriching relationships with them in the game felt natural. And collaborating with an organization like Humane Society International perfectly fits 11 bit studios’ mindset since we believe that a company producing meaningful games should also act meaningfully.”

Here is an overview of “Paws and Claws,” via its Steam page:

Hunters of the night, creatures of the day. They howl, growl, hiss, and grumble—but more than anything, they feel and think in a similar way that we all do. And their lives are as precious as ours. This downloadable content adds new features to the game—like the Animal Shelter System, new boosts, animations and events—but it actually does far more than that. It directly helps the animals in need—not those virtual, but the real ones. 100 percent of 11 Bit Studios and Dead Mage proceeds from “Paws and Claws” downloadable content go to the Humane Society International charity, whose main mission is to help animals all over the world.

In addition to the downloadable content, 11 Bit Studios and Dead Mage have also released a free update, which adds the following:

Read more about the downloadable content and free update here.

Children of Morta is available now for PlayStation 4, Xbox One, Switch, and PC via Steam.

Watch a trailer for “Paws and Claws” below.

Henrik Brandt ⋅ Yakuza: Like a Dragon ‘Next Generation of a Yakuza’ trailer ⋅ 26 minutes ago